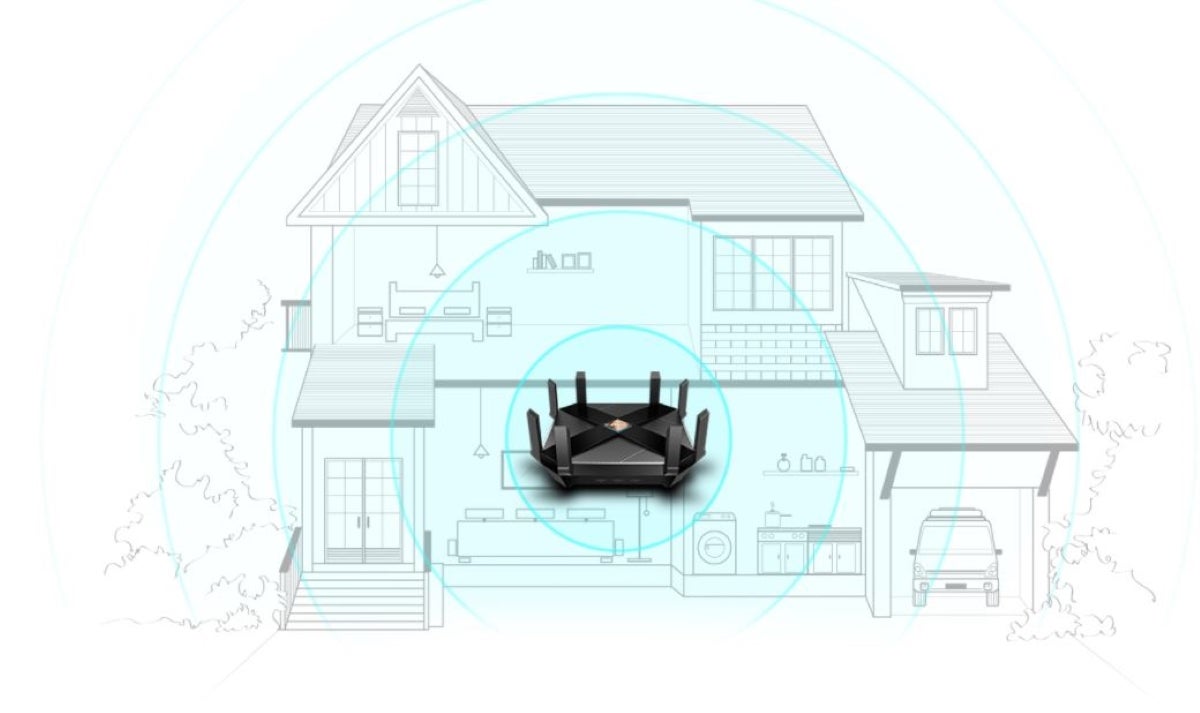 Like the inevitable march of time, WiFi gets faster and faster to keep up with our ever-expanding bandwidth demands for streaming, gaming, video calls, and all of our connected activities. WiFi 6 is here, and it’s the latest and greatest new wireless networking standard. The distinctions between the different versions of WiFi have always been confusing – each one has two names now – so you aren’t the only person scratching your head wondering, “what is WiFi 6?”

But it’s time to learn. WiFi 6 was announced in 2018 and hit the market in 2019, so we’re now hitting a critical mass of compatible routers and devices (including the iPhone 11, iPhone 12, and 13). It’s no longer strictly the purview of early adopters, so it’s time for the rest of us to get with it.

If you’ve ever bought a wireless router, you’ve almost certainly spent some time puzzling over the different WiFi standards like 802.11ac and 802.11n, wondering what they mean, where they come from, and (most importantly) which one is fastest. The confusing range of WiFi standards was created by the Institute of Electrical and Electronics Engineers’ (IEEE), the world’s largest professional association of engineers that, among other things, develops hardware and technical standards for a wide range of fields to ensure global interoperability and advancement for technology. The WiFi standards in particular are then further maintained and upheld by a trade group called the Wi-Fi Alliance, which certifies devices to the IEEE’s standards and holds the trademark on “Wi-Fi.”

As part of its public-facing duties, the Wi-Fi Alliance has intervened and retroactively applied a simpler, generational numbering system for consumer-facing products. WiFi 6, the newest standard, started to roll out in 2019. It corresponds to the IEEE’s 802.11ax standard. If you want to track backwards, each of the IEEE’s previous standards has a corresponding number: WiFi 5 refers to 802.11ac, and you can count down from there through the confounding lettered system – 802.11n, -g, -a, and -b.

Each generation bundles together a collection of improvements that make your wireless experience faster and more consistent. For instance, WiFi 5 introduced beamforming, a technique that allows routers to focus their signals directly at devices rather than transmit in all directions. As one of the main benefits for a centrally maintained standard, every version of WiFi has been backwards compatible, so WiFi 6 devices will work with WiFi 1-5 devices.

What About “High-Efficiency Wireless?”

You may have also seen the term “High-Efficiency Wireless”, which is just another, more descriptive term being used for WiFi 6. The alternate moniker alludes to how most of WiFi 6’s under-the-hood improvements revolve around better coordinating communication with a variety of different devices. As such, while you will experience an initial bump in raw upload and download speed, the real benefits will reveal themselves over time as homes and businesses fill up with an accelerating volume of smart and connected tech.

WiFi 6 introduces a host of upgrades that improve the wireless connectivity and efficiency of your wireless network and, to a lesser degree, the devices that you connect to it. As you would expect, overall upload and download speeds will be faster. A single device on a WiFi 6 network should be roughly 40 percent faster than on a WiFi 5 device, thanks to more efficient data encoding that fits more information into the same transmission and other techniques.

Another perk for all those connected devices will be improved battery life. WiFi 6 lets devices and routers schedule communications with a feature called Target Wake Time. Rather than keeping their antennae on to wait for signals, TWT lets them stay off until the appointed time rather than wasting energy while not actively needed. Though it was created specifically with smart home gear in mind, TWT could potentially make any connected device more power efficient.

Lastly, WiFi devices will require WPA3 (Wi-Fi Protected Access 3), the latest and most secure wireless encryption standard, making it more complicated for outside actors to intercept and crack communications on the network. WPA3 is available on some devices at earlier standards, but including it in the standard will ensure more consistent security

The overall speed increase is nothing to sneeze at, but Wi-Fi 6 shines brightest in device-dense environments with lots of different connections competing for bandwidth. WiFi 6 is much better at maintaining steady top speeds while connected to many devices at the same time, even where previous WiFi versions would stumble.

Performance in a crowded network is ultimately WiFi 6’s signature feature. More and more people are connecting smart devices to home networks, including thermostats, lights, refrigerators, locks, and security cameras. Though those gadgets may not need much bandwidth in many cases, the inflated number of devices on the network can drag down the speed of the things you want to work fast, like computers, phones, and game consoles. WiFi 6’s capacity to efficiently distribute information to and from lots of devices may lead to a bigger performance boost than its heightened upload/download speeds when you upgrade.

The upgrade comes from new technologies introduced to WiFi 6, including OFDMA (Orthogonal Frequency Division Multiple Access) and OBSS (Overlapping Basic Service Sets), which allow the router to subdivide individual channels and send out messages to multiple devices simultaneously, instead of sequentially, as well as to better coordinate when the devices communicate back. Improvements to MU-MIMO (Multiple User – Multiple Input, Multiple Output) and beamforming, which were both introduced in WiFi 5, also allow for better spatial organization of signals.

What to look out for when shopping for WiFi 6 devices

Even with the new numbering system, discussing the nuances of networking still gets technical very fast. Luckily, Wi-Fi Alliance’s certification system comes with a logo. If you’re shopping for a new router and/or other tech, you can check the packaging for a “WiFi 6 certified” label. That’s all you need to know! Devices operating on earlier standards will work seamlessly, so you don’t need to worry about backward compatibility.

At time of writing, WiFi 6 is widely available on high-end phones, laptops, and routers, and a growing number of less expensive products as well, but it is still far from supplanting WiFi 4 and 5 as the dominant standards. If you’re an early adopter whose house is growing smarter by the day, or already need to support a fairly busy wireless network, then you should consider upgrading to a WiFi 6 and building around the standard. Otherwise, WiFi 6 compatibility is a nice perk, but not an essential consideration for your next major tech purchase.

Observant shoppers and early adopters may notice that some (mostly expensive and high-end) routers are designated “WiFi 6E.” In 2020, the FCC voted to open up the 6GHz bandwidth for unlicensed use, in addition to the currently-used 5 and 2.4GHz bandwidths. WiFi 6E routers meet all the IEEE standards for WiFi 6 and can connect to devices using a 6GHz signal.

Support for WiFi 6E may be slow to grow. Brazil, Korea, and the U.S. have legally opened up the 6GHz spectrum, but many other countries have not. As such, companies may be slow to integrate support into their devices. Like 8K televisions, WiFi 6E seems to be the next step for home networks but it would be premature to invest in it right now, even as a futureproofing measure. Most of us are still asking, “what is WiFi 6,” so let’s take a minute to breathe before we move on.