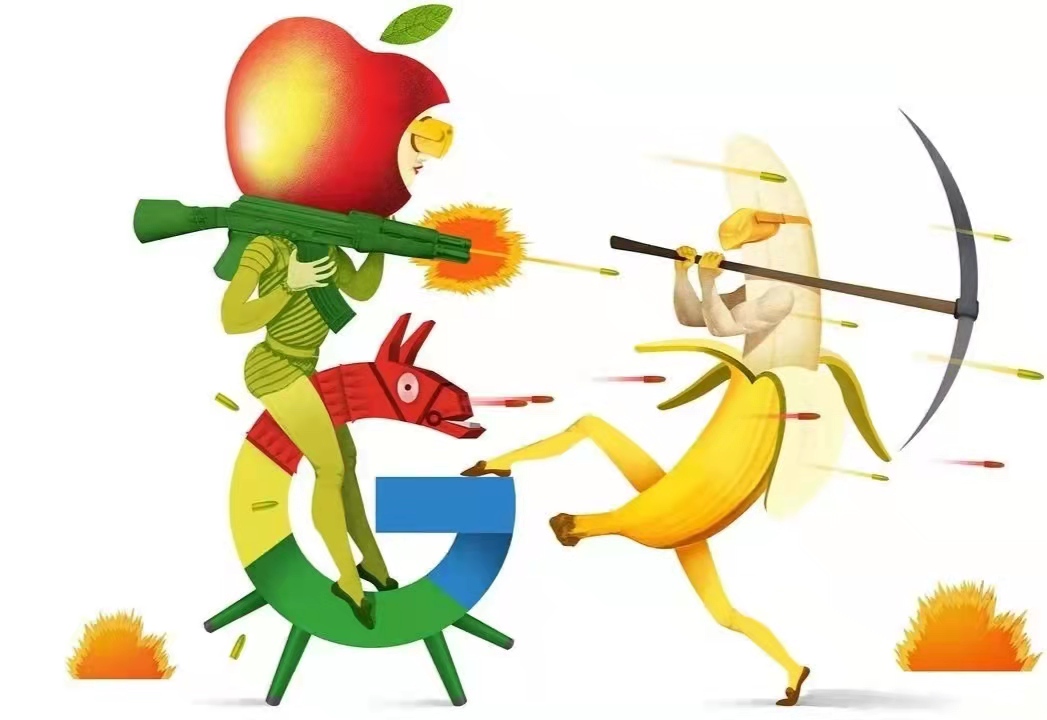 In the metaverse, will big gaming eventually become big tech

There are echoes of this “good v greedy” narrative in the way Tim Sweeney, founder of Epic Games, creator of “Fortnite”, an online-gaming phenomenon, talks about the metaverse. The idea is in vogue in Silicon Valley and is considered the next big thing in the internet. No one quite knows what the term means; at its most futuristic, the oasis is a pretty good analogy for what tech utopians have in mind. For now, suffice to say that if you think you have spent more than enough time online during the covid-19 pandemic, think again. Using virtual and augmented reality, avatars and lifelike computer imagery, the metaverse will further erase the boundaries between people’s online and physical lives. Unsurprisingly, big tech is salivating at the prospect of yet more realms of human existence open to data extraction.

In “ready player one”, a science-fiction novel set in 2045, people can escape a ghastly world of global warming and economic mayhem by teleporting themselves into the oasis, a parallel universe where they can change identity, hang out and forget the miseries of everyday life. In the book, published in 2011, the oasis is the brainchild of a gaming tycoon who has everyone’s best interests at heart. Lurking in the background, though, is Innovative Online Industries, an evil internet conglomerate that intends to take it all over and reap the rewards for itself.

So is Mr Sweeney, who is creating a mini-metaverse for the 350m monthly users of “Fortnite”, immersing them not just in fantasy games, but virtual pop concerts and the like. However, he is determined to stop today’s Silicon Valley elite from creaming off all the rewards from this visionary future. His ambition is for vibrant competition, fair pay for creators and economic efficiency unlike anything on the web today. How realistic—or sincere—is it?

Epic, a privately held company partly owned by Tencent, a Chinese tech goliath, already depicts the creation of the metaverse as a giant-slaying contest. It is part of the backdrop for its recent courtroom battles against Apple (a verdict is expected soon) and against Google (a trial has not yet started). Primarily, the antitrust cases are about the iPhone’s App Store and Google’s Android Play Store, which Epic portrays as price-gouging fiefs, in particular taking a cut of up to 30% on in-app purchases and refusing to let developers use alternative payment-processing platforms. But in court Mr Sweeney told the judge in the Apple case that the issue was also “existential” for the creation of the metaverse. Epic’s aim, he said, was to turn “Fortnite” into a platform on which independent developers could distribute their games and other forms of entertainment online and earn more of the profits themselves. “With Apple taking 30% off the top, they make it hard, very hard for Epic and creators to exist in this future world,” he said.

Both Apple and Google deny the allegations. In court, Apple countered that its commissions were an industry standard, and that it invested in creating a user-friendly environment. But it is being forced to give ground elsewhere. In a recent partial settlement of a class-action case in America Apple agreed to make it easier for app developers to contact customers about other payment methods. Then, on August 31st, South Korea passed a law allowing smartphone users to pay developers directly. Google calls Epic’s allegations baseless. Where does this leave Mr Sweeney’s vision of the new web? And how likely is it to materialise

The vision certainly looks appealing. No “mega corporation” would be dominant. Instead, the metaverse will be built by millions of creators, programmers and designers, earning a bigger share of the rewards than the tech giants currently allow. Instead of the siloed state of today’s internet, he says there should be free movement of play between gaming networks, such as Microsoft’s Xbox and Sony’s PlayStation. The cutting-edge “engines” that the gaming industry uses to make real-world simulations should be based on common standards so that they, too, are interoperable. Adding to the economic efficiency could be decentralised tools such as the blockchain and cryptocurrencies.

Mr Sweeney makes no bones about contrasting such open competition with the current situation. That won’t deter Silicon Valley giants from seeking a big future role. Gaming firms such as Epic, Roblox and Minecraft are furthest advanced in bringing metaverse-like aspects to their platforms; Minecraft has a virtual library of censored press articles to encourage freedom of thought in autocratic regimes. But the tech giants are hard on their heels. Mark Zuckerberg, Facebook’s boss, believes its Oculus Quest headsets will be part of a virtual- and augmented-reality future that could supersede the smartphone. In August Facebook introduced Horizon Workrooms to its headsets, enabling workers to attend virtual meetings as avatars. Satya Nadella, Microsoft’s ceo, talks of building an “enterprise metaverse”. Doubtless they want to make the metaverse more of a walled garden than Mr Sweeney does.

As for Mr Sweeney’s apparent altruism, it is probably wise not to take it at face value. Epic and other gaming firms could plausibly one day pursue dominance of a three-dimensional internet similar to that big tech has in the two-dimensional one. As Daniel Newman of Futurum Research, a consultancy, puts it, from Microsoft in the 1980s to Apple, Google, Facebook and Amazon in the 2010s, all tech giants have started out offering unique services that consumers loved, and fought for more open competition against incumbents. Over time, as their leadership positions strengthened, their missionary zeal waned. It is hard to imagine a world, no matter how futuristic, in which this pattern does not persist.

For now, the big gaming firms cannot conceive of themselves as cartoon villains. And the metaverse may indeed be too vast to be dominated by any one firm. But whatever parallel universes they build, the desire to create not just fantasy dystopias but also moats against competition is quintessentially the capitalist way.

( This text is from “The Economist”)