What you must learn as a CCNA entry learner:What is the difference between FTP and TFTP 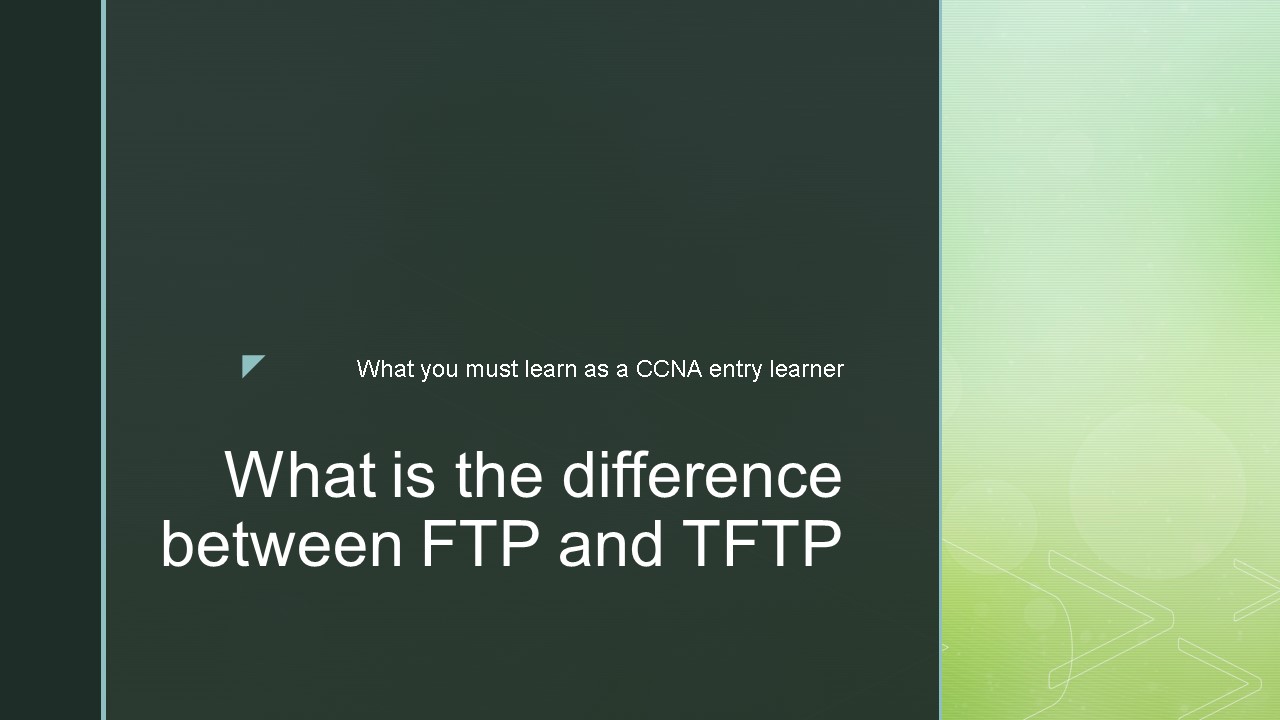 The following describes the working principle of these two methods:

The FTP client first establishes a connection with the FTP server’s TCP 21 port, and sends commands through this channel. When the client needs to receive data, it sends a PORT command on this channel. The PORT command contains what port the client uses to receive data. When transmitting data, the server side connects to the client’s designated port through its own TCP 20 port to send data. The FTP server must establish a new connection with the client to transfer data.

Many firewalls are not allowed to accept externally initiated connections when they are set up, so many FTP servers located behind the firewall or the internal network do not support PASV mode because the client cannot open the high-end port of the FTP server through the firewall; Clients on the network cannot log in to the FTP server in PORT mode, because the TCP 20 of the slave server cannot establish a new connection with the client on the internal network, causing it to not work.

TFTP (Trivial File Transfer Protocol, simple file transfer protocol) is also used to transfer files between the remote server and the local host. Compared with FTP, TFTP does not have complicated interactive access interfaces and authentication control, and is suitable for clients and servers. Environments that do not require complex interactions. The operation of the TFTP protocol is based on the UDP protocol and uses UDP port 69 for data transmission. The basic operation of the TFTP protocol is described in RFC1986.

Currently, the device can only be used as a TFTP client, not as a TFTP server.

The TFTP transfer request is initiated by the client:

The difference between FTP and TFTP:

1. FTP supports login security, has proper authentication and encryption protocols, and needs to communicate with FTP authentication during connection establishment. TFTP is an open protocol that lacks security and has no encryption mechanism in place. No authentication is required when communicating with TFTP, which means that transferring files on an open server via the Internet is very dangerous and data packets may be lost.