Introduction to the 802.1X protocol 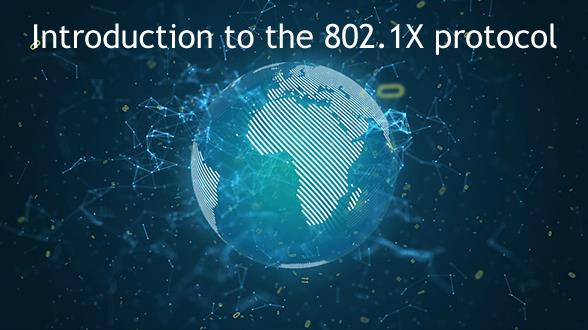 An 802.1X system is a typical Client/Server structure. It consists of three entities: the client, the device, and the server.

The device is another entity located at one end of the LAN segment and authenticates the connected client. The device is usually a network device that supports the 802.1X protocol. It provides the client with a port for accessing the LAN. The port can be either a physical port or a logical port.

The uncontrolled port is always in the bidirectional state. It is mainly used to transmit EAPOL protocol frames to ensure that the client can always send or receive authentication packets.

The controlled port is in bidirectional connectivity under the authorization state ,and is used to transmit service packets. In the unauthorized state, it is forbidden to receive any packets from the client. 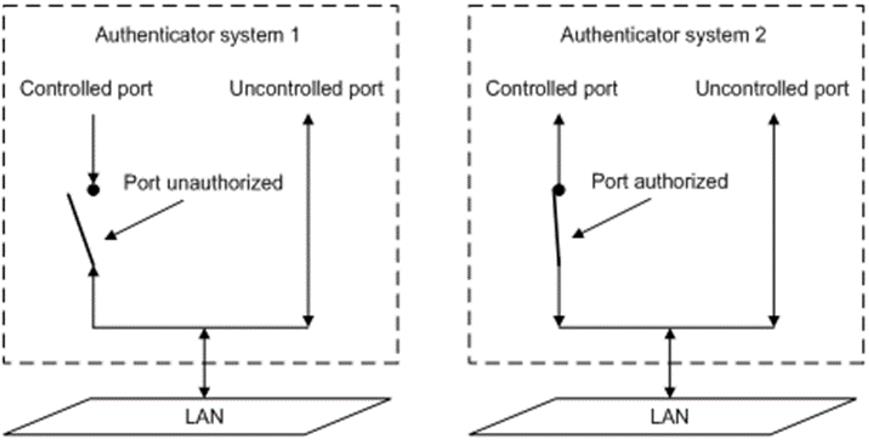 The user can control the authorization status of the port through the mode of access control configured under the port. The port supports the following three access control modes:

Authorized-force mode: Indicates that the port is always in the authorized state, allowing users to access network resources without authentication and authorization.

Auto-recognition mode (auto): Indicates that the port is in an unauthorized state. Only the EAPOL packets are allowed to be sent and received. The user is not allowed to access network resources. If the authentication succeeds, the port is switched to the authorized state to allow users to access network resources. This is also the most common situation.