Introduction to SPAN and RSPAN for port mirroring 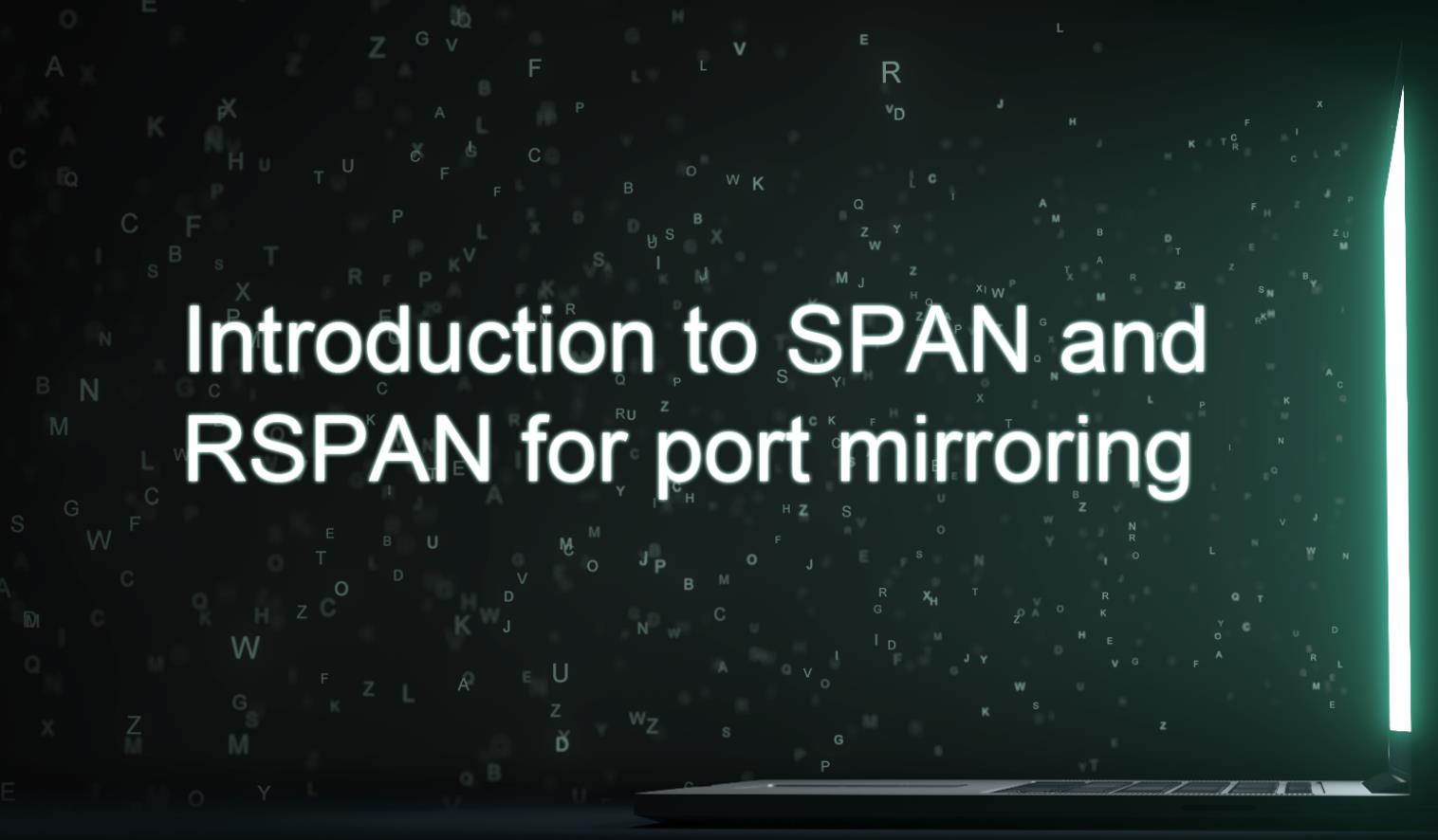 SPAN technology is mainly used to monitor the data flow on the switch, which is roughly divided into two types, Local Switched Port Analyzer (SPAN) and Remote SPAN (RSPAN), the implementation method is slightly different. With SPAN technology, we can COPY or MIRROR the data stream of some ports on the switch that we want to be monitored. Send to the traffic analyzer connected to the destination Port , such as CISCO IDS or PC with SNIFFER tool. The Source Port and destination Port can be on the same switch (local SPAN) or on different switches ( Remote SPAN).

SPAN, known as Switched Port Analyzer, it is a port mirroring technology for switches. The main purpose is to provide network data flow to a certain network analyzer. SPAN does not affect the data exchange of the source port. It simply sends a copy of the packet sent or received by the source port to the destination Port .

RSPAN (Remote SPAN), which is similar to SPAN, provides remote monitoring of multilayer switches across a switched network.

Traffic and VLAN outbound traffic are monitored, you can set SPAN on a port that is down. but the SPAN session is inactive at this time.

But as long as the relevant interface is opened, SPAN becomes active.

Link Aggregation Control Protocol (LACP) and so on

RSPAN also uses a dedicated VLAN to forward traffic. The reflective port uses this private VLAN to send traffic through the TRUNK port to other switches. The remote switch then sends the data stream through the private VLAN to the analyzer on the destination Port .

Regarding the creation of RSPAN VLANs, all switches participating in RSPAN should be in the same VTP domain, not using VLAN 1, nor using 1002-1005, which is reserved for Token Ring and FDDI VLANs. If it is a standard VLAN of 2-1001, it can be created only on the VTP Server. Other switches will automatically learn it. If it is an extended VLAN of 1006-4094, you need to create this private VLAN on all switches. The reflective port is preferably >= Source Port bandwidth, otherwise packet loss may occur.

When you use SPAN to monitor a VLAN, you can only monitor the traffic received by all active ports in the VLAN. If the destination Port also belongs to this VLAN, the port is not in the monitoring range. When using SPAN to monitor VLANs, the routing data between VLANs is not monitored. For example, I open a SPAN to monitor the data flow in the inbound direction of a VLAN of a Layer 3 switch (which can only be in this direction). When a data stream is routed from other VLANs to this VLAN, the data stream is not in the monitoring range.