A brief look at vxlan technology (1) 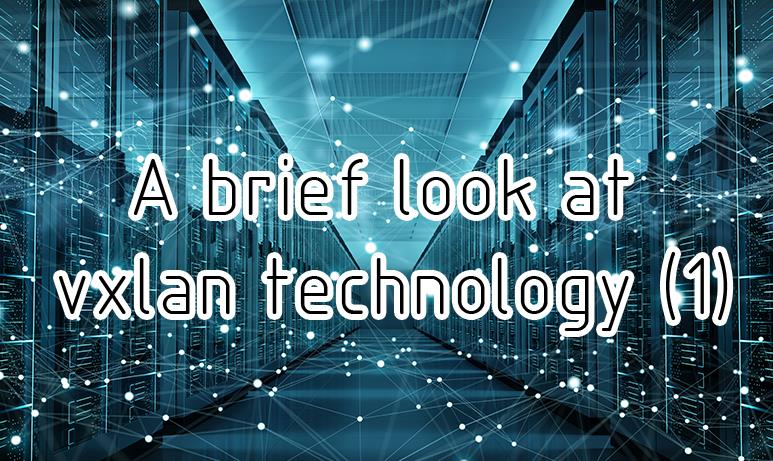 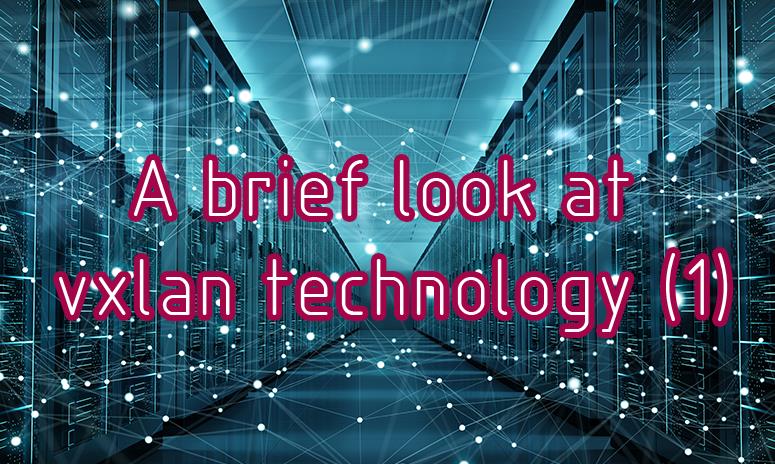 VLAN means Virtual Local Area Network, which is the concept involved in the implementation of the switch, defined by the 802.1Q standard. Because the switch is a network device working at the link layer, the terminals connected to the same switch are in the same Layer 3 network and are also in the same broadcast domain. When a switch accesses a large number of terminals, any one of the terminals sends a broadcast packet (for example, an ARP request), and the packet is transmitted throughout the network. For large-scale networking scenarios, the flood of broadcast packets will have a greater impact on network communications. VLAN technology provides a solution to this problem. A VLAN divides the same network into multiple logical virtual subnets. It also stipulates that when a broadcast packet is received, it broadcasts only in its VLAN to prevent broadcast packets from flooding. VLAN technology implements broadcast domain isolation at the link layer level

VXLAN (Virtual eXtensible Local Area Network) is one of the NVO3 (Network Virtualization over Layer 3) standard technologies defined by the IETF. It uses L2 over L4 (MAC-in-UDP) packet encapsulation mode. The Layer 2 packet is encapsulated in a Layer 3 network. The Layer 2 network can be extended in the Layer 3 network and meet the requirements of the data center’s large Layer 2 virtual migration and multi-tenancy.

NVO3 is a general term for the technology of building virtual networks based on a three-layer IP overlay network. VXLAN is just one of the NVO3 technologies. In addition, NVGRE and STT are also representative.

Any technology has its own specific background and actual needs. VXLAN is a technology that solves a series of problems in the virtualization of the cloud computing era.

Cloud computing, with its advantages in high system utilization, low manpower/management cost, and flexibility/scalability, has become a new form of enterprise IT construction; in cloud computing, a large number of adoptions And deploying virtualization is a basic technology model.

The extensive deployment of the server virtualization technology greatly increases the computing density of the data center. At the same time, in order to achieve flexible service changes, the virtual machine VM (Virtual Machine) needs to be able to migrate without restriction in the network (as shown in Figure ). In fact, for data centers, virtual machine migration has become a normal business.

You can build a physical large Layer 2 network through stacking, SVF, TRILL, and other technologies.it can expand the scope of virtual machine migration. However, building a physical large layer 2 will inevitably require major changes to the original network, and the scope of the large layer 2 network will still be limited by various conditions. As a result, VXLAN emerged under the joint promotion of world-renowned manufacturers such as VMware and Cisco.

As shown in the packet encapsulation, the VXLAN header and the original Layer 2 packet exist as payloads of UDP packets. The network device between the VTEPs needs to be forwarded according to the Outer MAC Header and the Outer IP Header. The UDP Source Port is used for load balancing. This process is identical to forwarding ordinary IP packets. In this way, in addition to the VTEP device, a large number of devices on the live network can support the VXLAN network without replacement or upgrade.

However, the newly added VXLAN message encapsulation also introduces a problem, that is, the setting of the MTU value.

Generally, the default MTU of a virtual machine is 1500 Bytes, which means that the original Ethernet packet is up to 1500 bytes. When this message passes VTEP, it will encapsulate a new 50-byte header (VXLAN header 8 bytes + UDP header 8 bytes + external IP header 20 bytes + external MAC header 14 bytes), thus the entire message length reached 1550 bytes. On the existing VTEP device, the VXLAN packet cannot be fragmented when the VXLAN packet is decapsulated. Otherwise, the packet cannot be decapsulated correctly. This requires that the MTU of all network devices between VTEPs be a minimum of 1550 bytes.

If the MTU value of the intermediate device is not convenient to change, then setting the virtual machine’s MTU value to 1450 can also solve this problem temporarily.