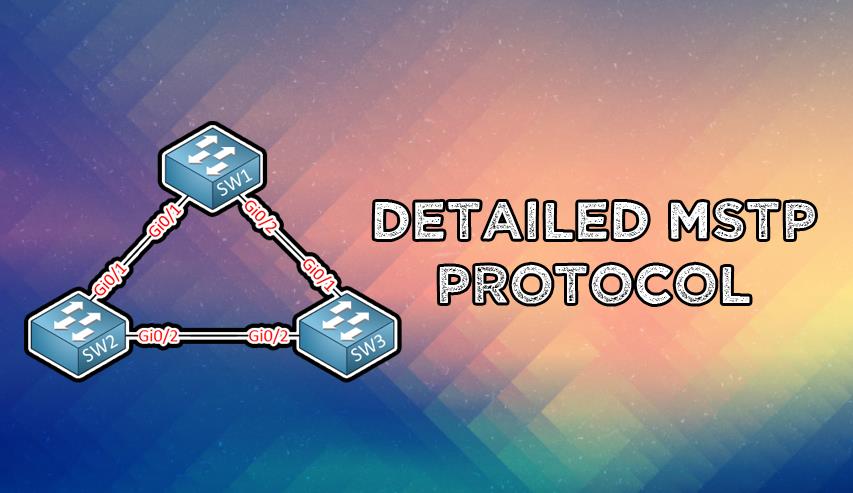 MSTP refers to the multi-service node that provides unified network management based on the SDH platform and implements access, processing, and transmission of multiple services such as TDM, ATM , and Ethernet. Multiple Spanning Tree ( MST ) uses the Modified Rapid Spanning Tree ( RSTP ) protocol called the Multiple Spanning Tree Protocol ( MSTP ) .
With the development of the times, a variety of network transmission forms appear in network applications, such as files, audio and video, pictures and data transmission, resulting in a certain area of network capacity can’t meet a large number of business transmission needs, which enables the development of MSTP core technology, It is a transmission platform based on multi-service in the synchronous digital system. It can provide nodes for various forms of network services and realize mutual transmission between platforms. And provide unified management to promote the normal operation of the business. The so-called platform is an extension of a local platform, making the transmission between platforms more smoothly. The MSTP core technology is based on a synchronous data system to establish related services. In the actual application of technology, this technology does not have a unified name. It is not clearly defined. It mainly transmits information according to the needs of various industries. The status of MSTP core technology and content development is consistent with the relevant guarantee requirements.

MSTP integrates multiple independent devices such as traditional SDH multiplexer, digital cross-linker (DXC) ,WDM terminal, network Layer 2 switch and lP edge router into one network device, namely multi-service delivery platform based on SDH technology. (MSTP) for unified control and management. The SDH- based MSTP technology is most suitable as a fusion node for the valve edge to support hybrid services, especially for hybrid services based on TDM services. The SDH -based multi-service platform can support packet data services more effectively and help to realize the transition from circuit-switched network to packet network.
MSTP can handle multiple services, including PDH services, SDH services, ATM data services, IP and Ethernet services. It can achieve fast transmission and multi-service bearer. More importantly, it can provide carrier-grade QoS capabilities.
MSTP technology is the result of multiple technical forms and integrations, which fully utilizes a GFP (Generic Frame Protocol) data encapsulation, virtual concatenation mapping and RPR. Through these forms of promotion, MSTP technology has a wide range of bandwidth and bandwidth adaptation capabilities, while supporting more functions, including ATM services, and effective network utilization.
The corresponding characteristics are: the ability to support multiple services is effectively improved, and the fiber quality of the broadband access network is saved. Through the improvement of its own communication capacity, its bandwidth utilization has been improved, and it has been developed toward the transmission network. In the process of MSTP technology application, the bandwidth utilization of ATM has been greatly improved, so that its coverage range Correspondingly, and achieving rapid expansion, effectively reducing the expansion cost and reducing the cost of the access network.

2. The reliability of the networking is enhanced. For a large number of Layer 2 access devices, the impact of a single device failure on the entire network can be reduced. Isolate different topology calculations by process, when a device fault affects only the topology corresponding to the process in which it resides, and does not affect other process topology calculations.

3. When the network is expanded, the maintenance of the network administrator can be reduced, thereby improving the convenience of user operation and maintenance management.
When the network is expanded, you only need to divide the new process to connect with the original network. You do not need to adjust the MSTP process configuration of the original network. If the device is expanded in a process, you only need to modify the process for the expansion process, and you do not need to adjust the configuration in other processes.

4. Implement Layer 2 port split management
Each MSTP process can manage some ports on the device. That is, the Layer 2 port resources of the device are managed by multiple MSTP processes. The standard MSTP can be run on each MSTP process.
Defects of STP/RSTP:
RSTP has been improved on the basis of STP to achieve fast convergence of the network topology. However, RSTP and STP have the same defect: because all VLANs in the LAN share a spanning tree, data traffic load balancing cannot be implemented between VLANs. After the link is blocked, no traffic will be carried. It is also possible that packets of some VLANs cannot be forwarded.

MSTP improvements to STP and RSTP:
To compensate for the defects of STP and RSTP, IEEE’s 802.1S standard, published in 2002, defines MSTP. MSTP is compatible with STP and RSTP. It can quickly converge and provide multiple redundant paths for data forwarding. It implements load balancing of VLAN data in the data forwarding process.
MSTP divides a switching network into multiple domains, and multiple spanning trees are formed in each domain. The spanning trees are independent of each other. Each spanning tree is called a MSTI (Multiple Spanning Tree Instance), and each domain is called an MST region (Multiple Spanning Tree Region).
A spanning tree instance is a collection of multiple VLANs. By bundling multiple VLANs into one instance, you can save on communication overhead and resource utilization. The calculation of each instance topology of MSTP is independent of each other, and load balancing can be implemented on these instances. Multiple VLANs of the same topology can be mapped to an instance. The forwarding state of these VLANs on the port depends on the state of the port in the corresponding MSTP instance.
Shortcomings of MSTP