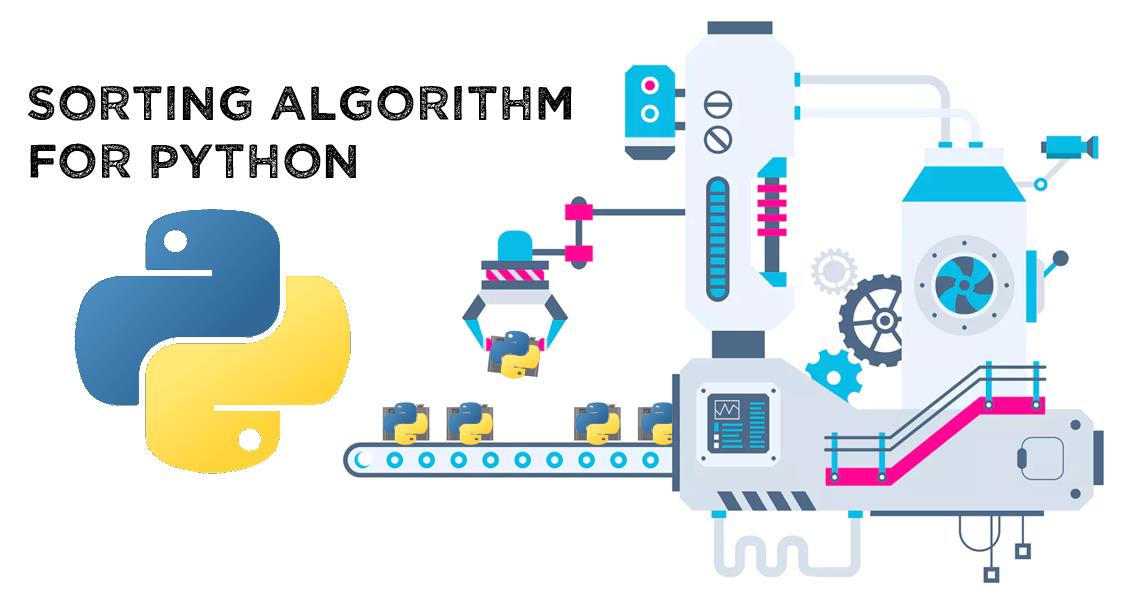 Sorting is a process of arranging items in ascending or descending order. This process can be implemented via many different algorithms.

Following is the list of sorting algorithms which will be explained in this tutorial:

Bubble Sort: This algorithm is based on the idea of repeatedly comparing pairs of adjacent elements and then switching their positions if they exist in the wrong order. The pseudo-code is given below

Let A [ ] is an unsorted array of n elements. We need it to be sorted in increasing order .

Similarly, in the second step, we start with the first element of array i.e., 4 and then compare it with 5, as 5 is greater than 4, no swap happens. When 5 is compared with 2, they are swapped. Elements which have been iterated on are not evaluated in subsequent iterations.

In third step, we compare 4 with 2 and swap – and finally, we get a sorted array.

Complexity: The complexity of bubble sort is O(n2) in the worst and average case because for every element we iterate over the the entire array each time.

Selection Sort: This algorithm is based on the idea of finding the minimum or maximum element in the unsorted array and then putting it in its correct position for a sorted array.

Let’s find the minimum element in the array i.e., 2 and then replace it with the first position’s element, i.e., 7. Now we find the second largest element in the remaining unsorted array and put it at the second position and so on.

Let’s take a look at the implementation.

Here n is the number of elements in the array.

At ith iteration,elements from position 0 to i-1 ,will be sorted. 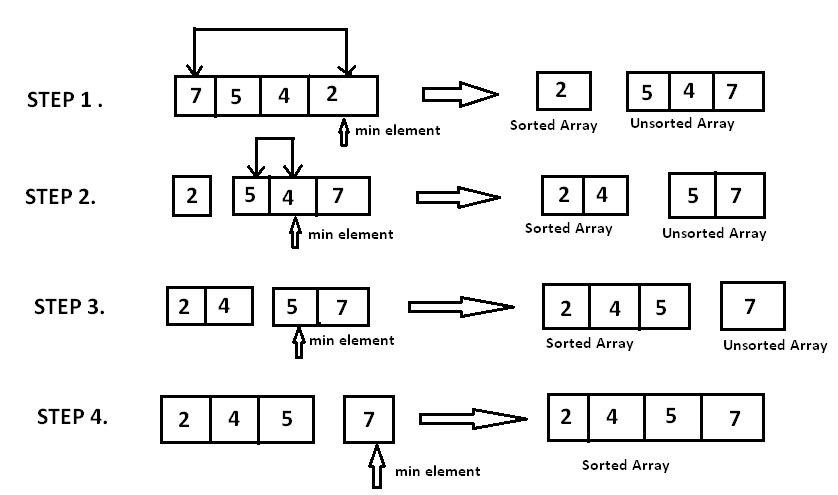 Complexity : Here as to find the minimum element from the array of n elements, we require n-1 comparisons to be performed. Then, after putting minimum element to its proper position, size of unsorted array reduces to n-1 and then n-2 comparisons are required to find the minimum in the unsorted array. Therefore (n-1) + (n-2 ) + …….+ 1 = ( n * (n-1) ) / 2 comparisons and n exchanges (swapping ), which gives the complexity of O( n2 ).

Insertion Sort: The idea behind is that in each iteration, it consumes one element from the input elements, removes it and finds its correct position i.e., where it belongs in the sorted list and places it there. 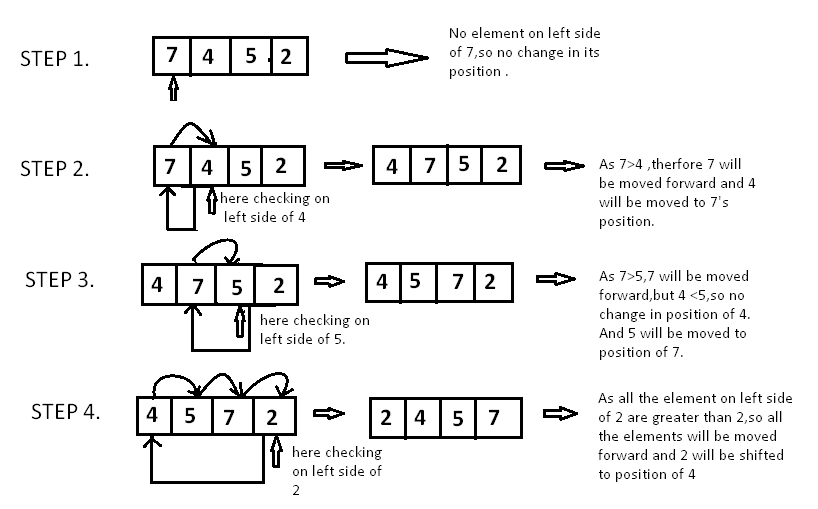 Merge Sort: This sorting algorithm works on the following principle – Divide the array in two halves. Repeatedly sort each half, then merge two halves.

We will take an auxiliary array say Arr[ ], which is used to store the sorted version of the real array.

Here in merge function, we will merge the two part of arrays where one part has starting and ending positions from start to mid respectively and another part has positions from mid+1 to end.

We will start from starting positions of both the parts that are p and q.Then we will compare respective elements of both the parts and the one with the smaller value will be stored in the auxiliary array (Arr[ ]). If at some condition ,one part comes to end ,then all the elements of another part of array are added in the auxiliary array in the same order they exist.

This will be more clear with the pictorial representation of the above explained example. 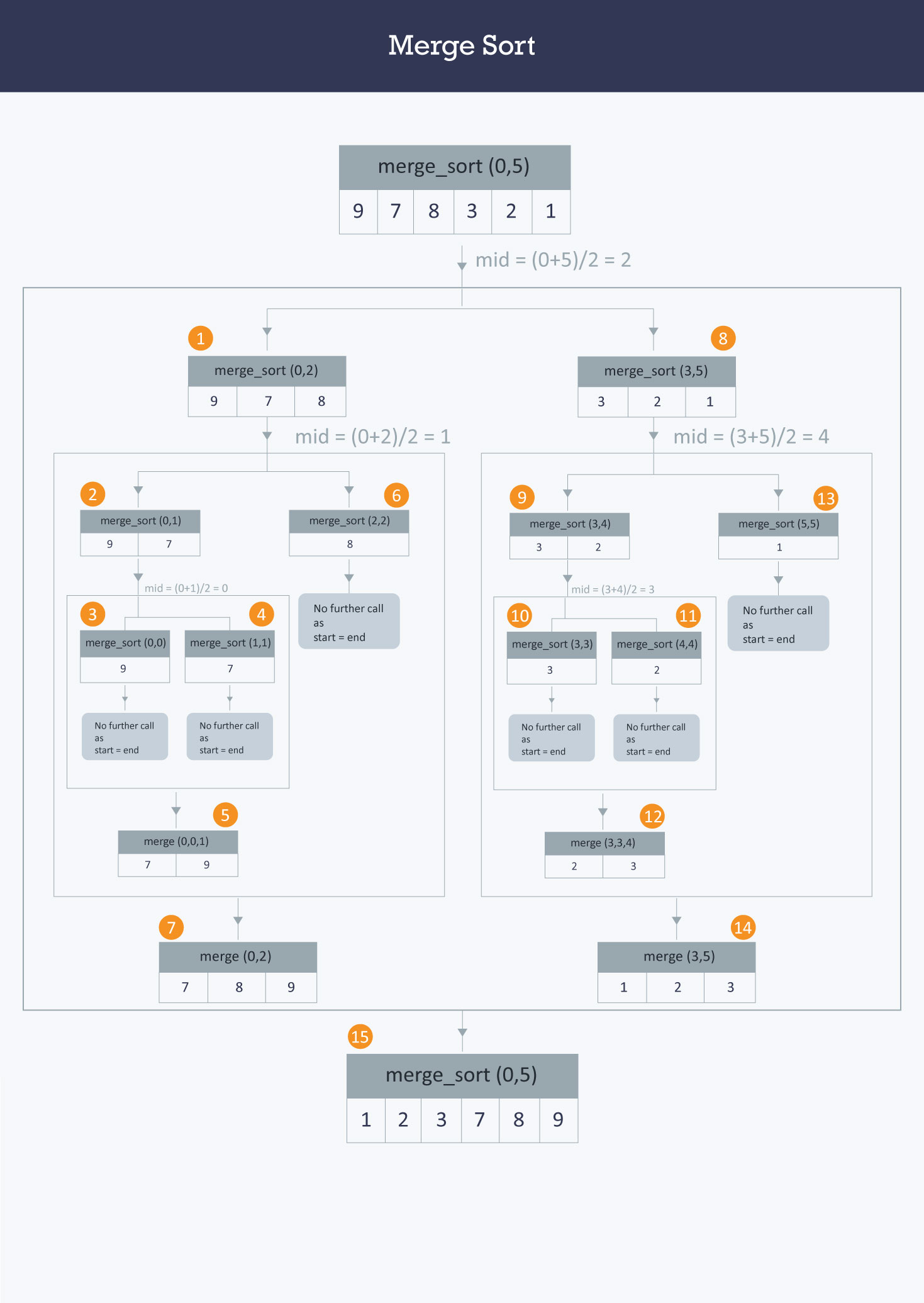 Complexity: Array with n elements is divided recursively in 2 parts, so it will form a tree with nodes as divided parts of array ( subproblems ). The height of the tree will be log2n and at each level of tree the computation cost of all the subproblems will be n. At each level the merge operation will take O( n ) time. So the overall complexity of this algorithm will be O( n( log2 n )).

Quick Sort: This algorithm is also based on the divide and conquer approach. It reduces the space complexity and removes the use of auxiliary array used in merge sort.

Selecting a random pivot in an array results into an improved time complexity in average cases.

Implementation:
Choose the first element of array as pivot element First, we will see how the partition of the array takes place around the pivot. 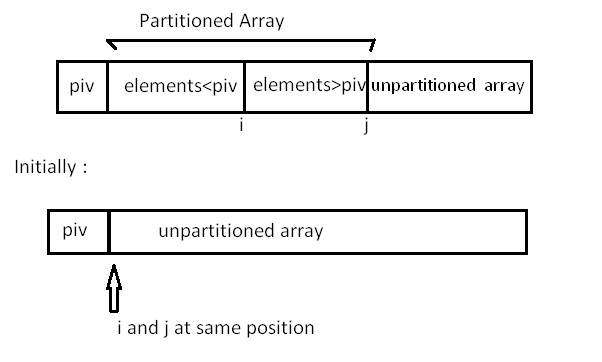 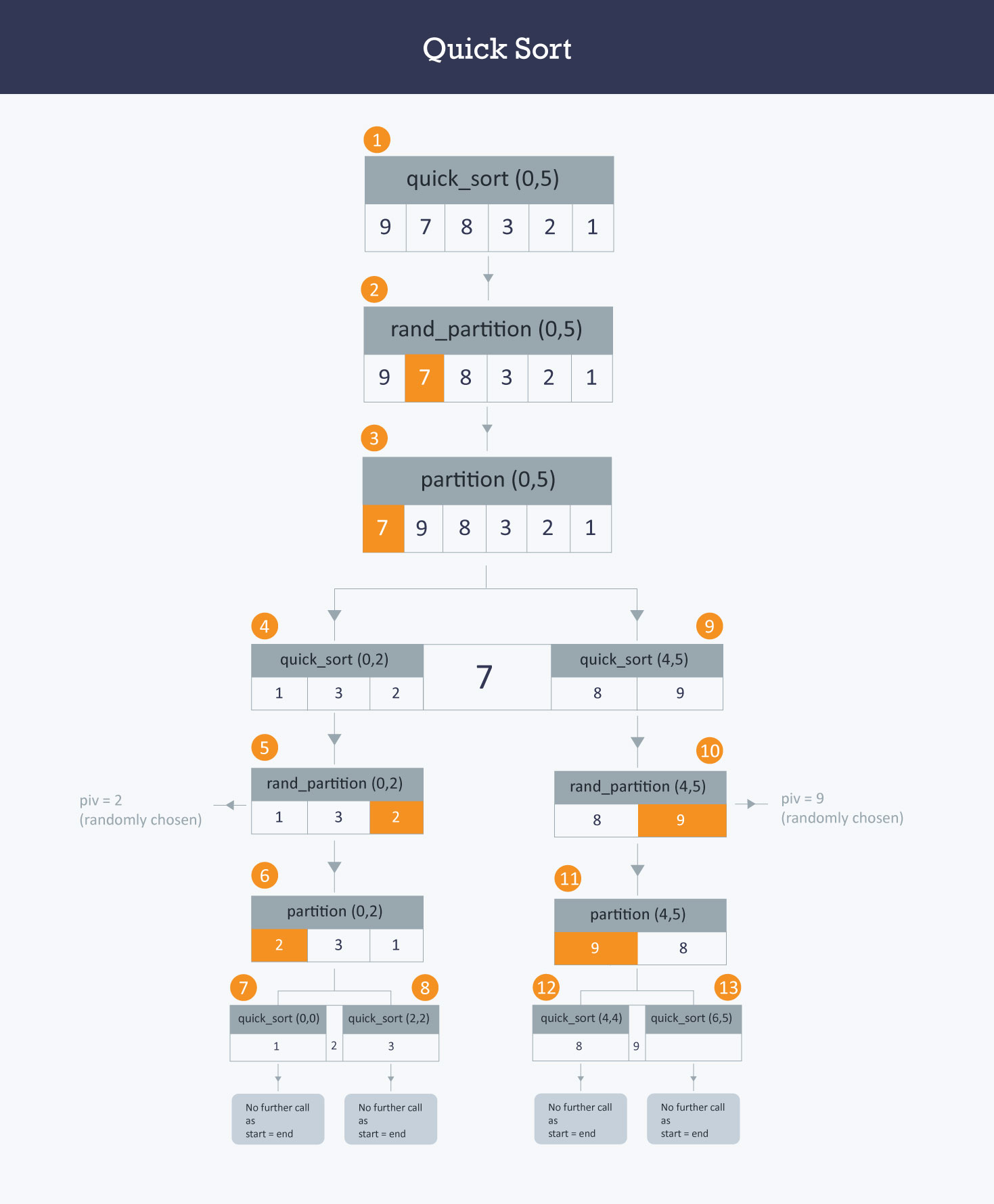 Let’s see the randomized version of the partition function :

Use rand_partition instead of partition function in quick_sort function to reduce the time complexity of this algorithm.

Complexity: The worst case time complexity of this algorithm is O( n2 ), but as this is randomized algorithm, its time complexity fluctuates between O( n2 ) and O(n (log n) ) and mostly it comes out to be O( n (log n)) .

Counting Sort: In this sort, we count the frequencies of distinct elements of array and store them in an auxiliary array, by mapping its value as index of auxiliary array and then place each element in its proper position in the output array .

Lets try to understand it with an example : 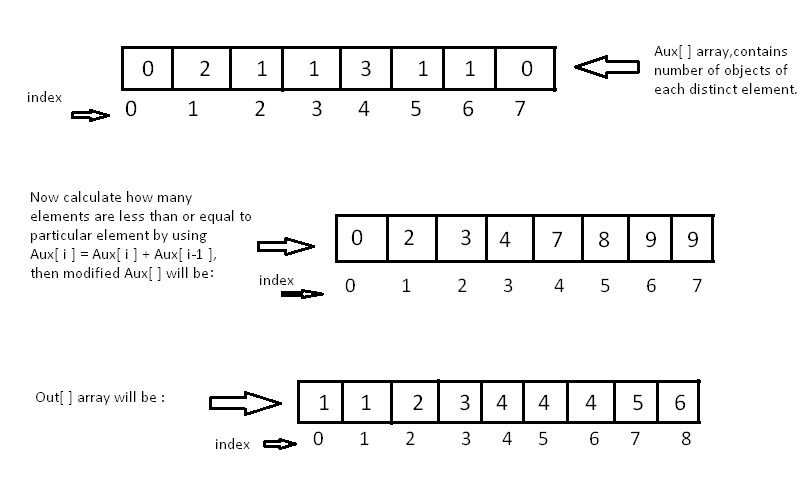 Complexity: As the above code runs in linear time so the complexity in worst case will be O(max + n), where n is the number of elements and max is the range of input element of array A[ ].