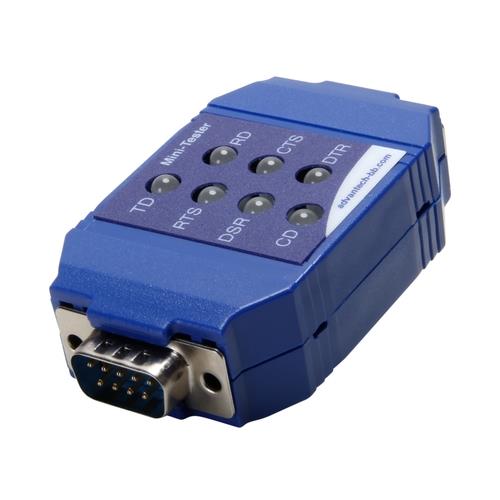 The RS-232 interface complies with the interface standard for serial data communication established by the Electronic Industries Alliance (EIA). The original number is EIA-RS-232 (232, RS232 for short). It is widely used for computer serial interface peripheral connections. Connect cables and mechanical, electrical, signal, and transfer processes. 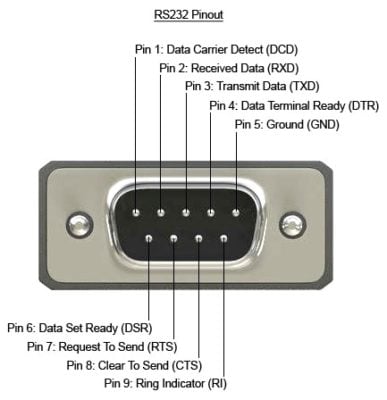 RS-232 is one of the mainstream serial communication interfaces. Due to the early appearance of the RS232 interface standard, it is inevitable that there are deficiencies, mainly the following four points:

(1) The signal level of the interface is high, which is easy to damage the chip of the interface circuit. The voltage of any signal line on the RS232 interface is in a negative logic relationship. That is: the logic “1” is -3 – 15V; the logic is “0”: +3 – +15V, and the noise margin is 2V. That is, the receiver is required to recognize a signal higher than +3V as a logic “0”, a signal lower than -3V as a logic “1”, a TTL level of 5V as a logic positive, and 0 as a logic negative. Incompatible with the TTL level, a level shifting circuit is required to connect to the TTL circuit.

(2) The transmission rate is low. In asynchronous transmission, the bit rate is 20Kbps; therefore, in the 51CPLD development board, the integrated program baud rate can only be 19200, which is also the reason.

The RS-485 serial bus is widely used when the communication distance is required to be several tens of meters to several kilometers. RS-485 uses balanced transmit and differential receive, so it has the ability to reject common-mode interference. In addition to the high sensitivity of the bus transceiver, it can detect voltages as low as 200mV, so the transmitted signal can be recovered beyond the kilometer.

RS-485 uses a half-duplex mode of operation, and only one point can be sent at any time. Therefore, the transmitting circuit must be controlled by an enable signal. 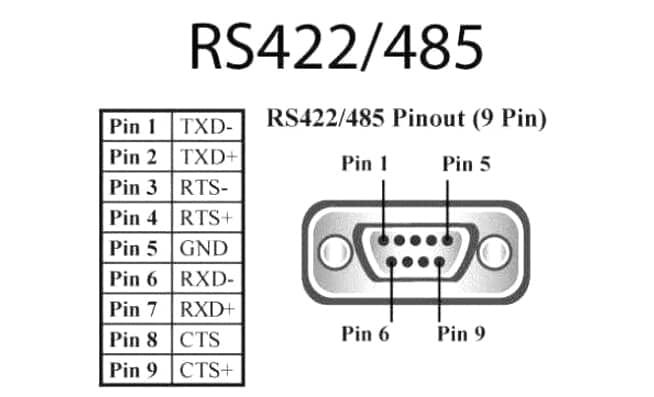 RS-485 is very convenient for multi-point interconnection and can save many signal lines. Applications RS-485 can be networked to form a distributed system that allows up to 32 drives and 32 receivers to be connected in parallel. In response to the shortcomings of RS-232-C, the new standard RS-485 has the following features:

(3) The RS-485 interface adopts a combination of balanced driver and a differential receiver, which has strong anti-common mode interference capability, that is, good anti-noise performance.

The full name of the RS-422 standard is “the electrical characteristics of the balanced voltage digital interface circuit”, which defines the characteristics of the interface circuit. There is actually a signal ground, a total of 5 lines. Since the receiver uses high input impedance and the transmission driver has a stronger driving capability than RS232, it is allowed to connect multiple receiving nodes on the same transmission line, and up to 10 nodes can be connected. One master device (Master) and the rest slave devices (Slave), the slave devices cannot communicate with each other, so RS-422 supports point-to-multidirectional two-way communication. The receiver input impedance is 4k, so the maximum load capacity of the transmitter is 10 & TImes; 4k + 100Ω (terminating resistor).

The RS-422 and RS-485 circuits have basically the same principle. They are sent and received in differential mode, and no digital ground is required. Differential operation is the fundamental reason for the long transmission distance under the same rate condition. This is the fundamental difference between the two and RS232, because RS232 is a single-ended input and output, and at least digital ground is required for duplex operation. Send line and accept line three lines (asynchronous transmission), you can also add other control lines to complete synchronization and other functions.

RS-422 can work and receive without full-duplex operation through two pairs of twisted pairs. RS485 can only work half-duplex, and transmission and reception cannot be performed at the same time, but it only needs one pair of twisted pairs. RS422 and RS485 can transmit 1200 meters at 19kpbs. A device can be connected to the line on the new transceiver.

The PC is already equipped with RS232, which can be used directly. If RS485 communication is used, it is only necessary to connect a RS232 to RS485 conversion head on the RS232 port, and there is no need to modify the program.

Is there a difference in the appearance of the RS232/RS422/RS485 interface?

RS232 is a standard interface, which is a D-shaped 9-pin. The signal definition of the interface of the connected device is the same. The signal is defined as follows: