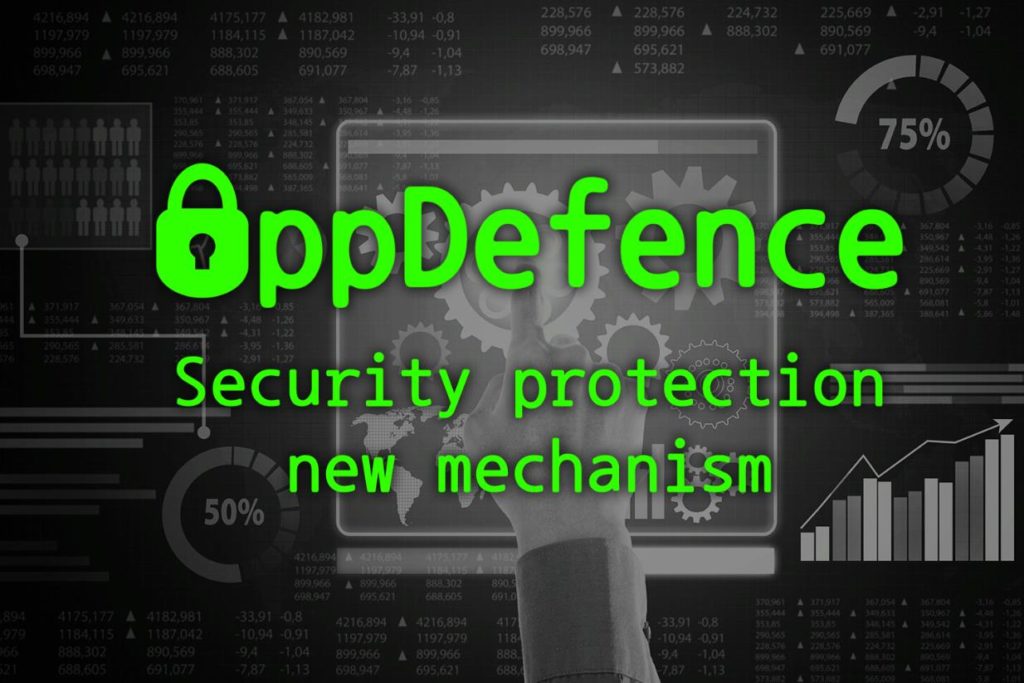 The traditional application security protection mechanism is passive. To detect the malicious attack on the application in time, first understand the characteristics of the attack means. For example, the anti-virus software has a “virus signature database”, which uses the signature to scan and Found the virus code. The biggest problem with this method is that it cannot protect against unknown attack methods, and the protection mechanism has hysteresis. In recent years, with the development of artificial intelligence technology, machine learning has also been applied to detect unknown attack methods. By collecting and analyzing data in the computing environment, it is possible to find unusual behaviors, which may be potential. Aggressive behavior. The challenge of this method is how to deal with the massive environmental noise, how to filter out the desired result from the noise, and often cause misjudgment in practical use.

VMware’s innovative product, AppDefense, has created a new security mechanism that is embedded in the vSphere Hypervisor to provide complete security protection for virtual machines. The innovation of AppDefense is mainly reflected in the following three aspects:

Proactive security protection: By detecting the “good” state of the virtual machine to detect “bad” attacks, instead of passively responding to malicious attacks like traditional security mechanisms, it actively defines the state that the system should have in normal operation. When a deviation from normal behavior is detected, it may be a malicious attack. Because AppDefense exists in the virtualization layer, it has the unique advantage to understand the normal behavior of each virtual machine or application, and can also know any changes in the virtual machine in the first time. This advantage greatly enhances the intelligence of AppDefense, eliminating the need to guess which changes are normal and which are potential threats. Instead of monitoring a specific virtual machine in isolation, AppDefense considers security from the perspective of the entire data center, which allows AppDefense to understand the complex interaction patterns between virtual machines.

Automated and accurate threat response: Automatically respond to security threats at the right time, and whenever a malicious attack is detected, AppDefense can automatically invoke the vSphere and NSX features to automatically take action security measures:

Let’s take a look at the system architecture of AppDefense. AppDefense is a service provided in the form of cloud SaaS. After the user logs in to the AppDefense Manager in the cloud, the following three modules can be downloaded: 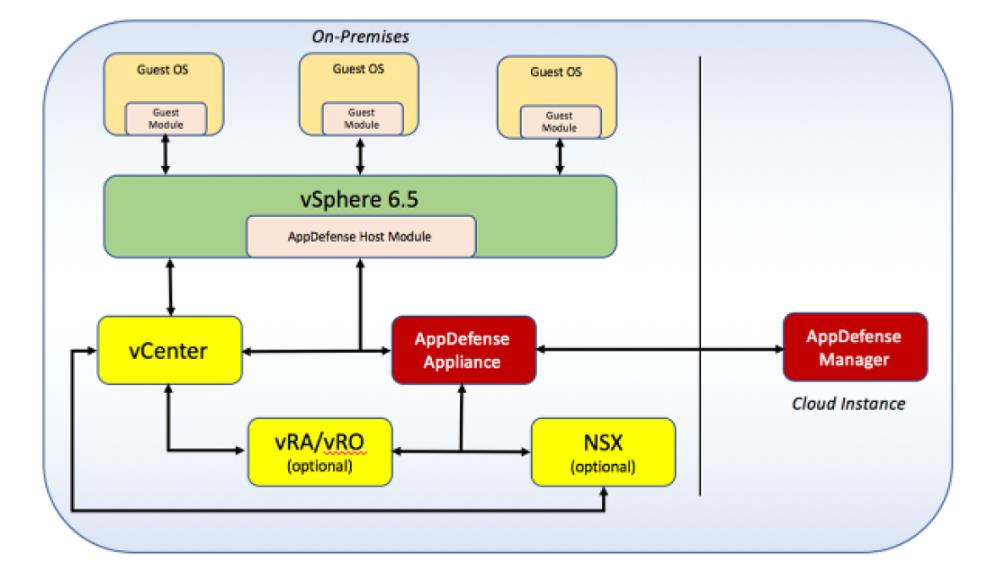 The yellow components in the figure are traditional modules in a vSphere cluster. vCenter is responsible for managing all hosts and virtual machines in the cluster. AppDefense uses vCenter to get this information about the cluster and plan the protection scheme for the cluster. vRA (vRealize Automation) and vRO (vRealize Ochestrator) contain blueprints for automatic configuration, and AppDefense uses this information to better understand the behavior of the application. AppDefense also implements some automatic response operations by calling the functions of these components, such as suspending infected virtual machines through vCenter when security threats are detected, and isolating security threats through NSX’s virtual firewall function.