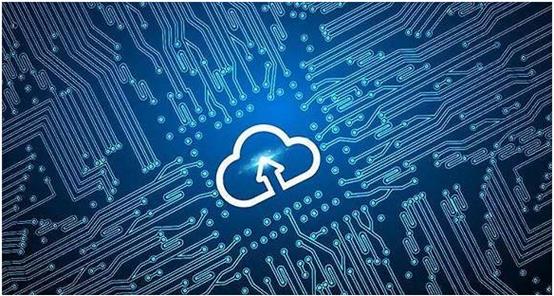 the current and future of the hybrid cloud

Early definitions of hybrid clouds were primarily cloud-based native application extensions that could be deployed when needed, a strategy known as “cloud bursting.” But today’s reference models are much more complicated.

In fact, most hybrid clouds initially came out of a burst combination with a single public cloud provider. But today, MapR data and application senior VP Jack Norris said, “We have seen some organizations want to use cloud services as part of their overall infrastructure strategy, not just with one vendor. For those needs not by the three “public This is especially the case for global companies defined by one of the cloud providers (AWS, Microsoft, and Google).

The hybrid cloud’s reference architecture is important because local computing will not make any progress in the short term. Wikibon predicts that by 2027, corporate spending on private clouds will grow at a rate of 32% per year. This is more than twice the public cloud, although the base is much smaller.

Another factor driving hybrid cloud development is recent technological advances that make it easier for users to move and handle loads between platforms while leveraging the best products from public cloud infrastructure and SaaS vendors.

Another technology driver for Hybrid Cloud is Kubernetes, an open source application for orchestrating a network of software containers that enables applications to run on both private and public cloud platforms. Although still in its early stages, Kubernetes’ commitment to greatly simplify the process of managing complex cloudy environments.

The change in hybrid clouds is not just about technology. The current wave of digital transformations is a reminder of the value of data and the difficulty of managing and protecting data as it flows around the world.

In the embryonic era of cloud computing, IaaS vendors persuaded customers to transfer large amounts of data to the cloud platform on the grounds that the data should be located near the place where the data was processed. Cloud providers use low-cost storage and free bandwidth as incentives, but once they have the data, they often inconvenience customers, or they can pay a high price to retrieve the data. Norris of MapR said: “Suppliers always want to lock in the market.” Having data is the best way to achieve this goal.

This frustrates those who want to take advantage of cloud investment arbitrage or shift workloads to suppliers who meet their needs. Gartner’s Lowery said: “You can’t transfer EB (IEB = 1024PB, 1PB = 1024TB) level of data to another cloud.” Many users are still worried about the experience of binding to software vendors, these suppliers While raising prices and charging high maintenance fees, they also hold their mission-critical data and earn ransom. They are becoming more savvy in maintaining control over their own data and see the hybrid cloud as a form of investment protection.

The concept of “data gravity” argues that data is at the heart of how data is handled, a term that is often repeated by proponents of digital transformation. After letting the cloud get a lot of data, some users are now beginning to question whether this strategy is sensible. They want to have data and choose the services they want to manage.

User to set up the project

As users become more confident about public clouds, they remind cloud providers that they need more flexibility to serve. Users’ choices for hybrid cloud models are less dependent on capacity and more dependent on business needs.

Large public cloud companies received this information and responded with localized products that launched their cloud software stack. Microsoft has Azure Stack, Amazon has unreleased Outposts, and Google has its own cloud service platform. For traditional IT companies, they also want to become cloud computing competitors, such as IBM and private cloud computing, Oracle and client cloud computing, VMware and the main partner to connect to cloud computing and data centers. Mohindroo said: “Most large cloud providers have accepted the fact that they need to coexist.”