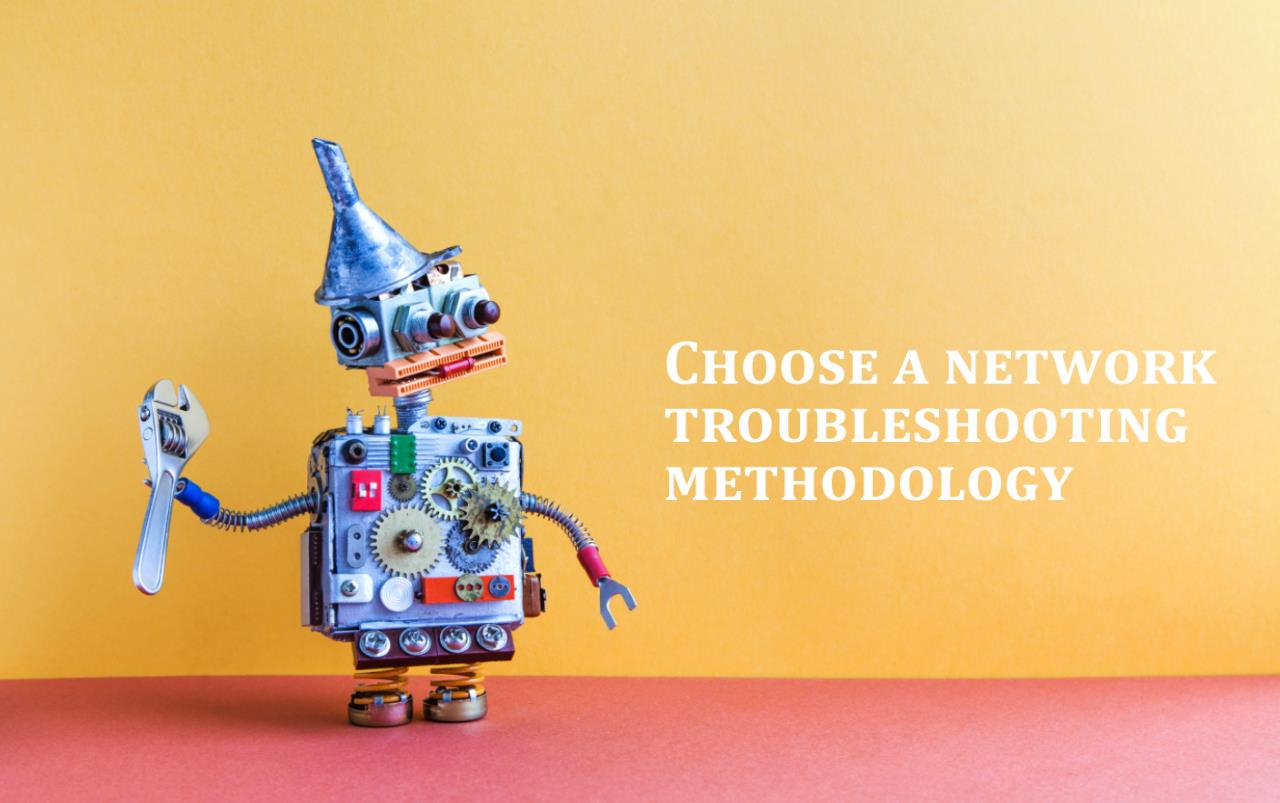 Network problems range in complexity. You could be dealing with one workstation unable to access the network or the entire network going down.

When you do encounter a network problem, how do you begin troubleshooting? Many admins have never even bothered to thing about it: They don’t have a formal methodology—they just jump right in.

But there’s something to be said for a formal troubleshooting methodology. For one, it gives you a place to start. And it never hurts to add one more trick to your administrator’s toolkit.

The basis of each of these troubleshooting approaches is the seven-layer OSI Reference Model. If you’re unfamiliar with the OSI model or just rusty on the details, here’s a look at the seven layers:

So if one of the layers of the OSI model doesn’t work, no traffic will flow. For example, if the data link layer isn’t working, the traffic will never make it from the application layer to the physical layer.

The bottom-up approach is my personal favorite. As the name implies, start at the bottom—Layer 1, the physical layer—and work your way up to the top layer (application).

The physical layer includes the network cable and the network interface card. So if you encounter a broken or disconnected network cable, there’s probably no need to do anymore troubleshooting.

You must resolve any physical layer problems before moving on. After fixing the problem, check to see if the trouble still exists. If so, move on to troubleshooting the data link layer.

For example, an Ethernet LAN has an Ethernet switch, which keeps a table of MAC addresses. If there’s something wrong with that table—such as a duplicate MAC entry—then resolve that problem before looking at anything on the network layer (e.g., an IP address or routing).

Once again, the name of this methodology implies the approach. With the top-down method, start at the top of the OSI model (i.e., the application layer) and work your way down to the bottom layer (i.e., physical).

This approach involves a little more intuition. With the divide and conquer method, start at whichever layer you best feel is the root cause of the problem. From there, you can go either up or down through the layers. (Yes, folks, even the “no-method method” has a name.)

Which approach you decide to use may depend on where you believe the problem lies. For example, if a user is unable to browse the Web and you think most users have a lot of problems with spyware and Internet Explorer settings, then you may want to start with the top-down approach. On the other hand, if the user mentions that he or she just connected a laptop to the network and can’t browse the Web, you might want to use the bottom-up method since there’s a good chance the user has a disconnected cable or similar problem.